The Loudoun County Public Schools (LCPS) is the third largest school districts in Virginia. According to their website, they were established in 1870, LCPS is located in the rapidly growing Washington metro-area. Each year, approximately 2,500 new students enroll in our schools, and one to three new school facilities are opened to accommodate them.

LCPS boasts an average SAT score of 1180 (595 Reading and 585 Math) and a composite ACT score of 25.0 (24.8 English, 24.2 Math, 25.7 Reading and 24.7 Science). In 2019, LCPS had 54 National Merit Semifinalists. The LCPS Class of 2019 had an on-time graduation rate of 94.7 percent and earned more than $63.1 million in scholarships. The Virginia Department of Education reports that 100 percent of LCPS schools are fully accredited. LCPS has a nearly $1.3 billion operating budget and prides itself on competitive starting teacher salaries.

Denise knows what it's like to be new to Northern Virginia. After settling in the area and falling in love with the DMV (DC-Maryland-Virginia), Denise started her company Home Estate Realty to cater to individual real estate needs. Her aim is to educate her clients so they can make the best decisions for them and their families.

FREE UPDATES. Get the latest listings, news, and events delivered right to your inbox. 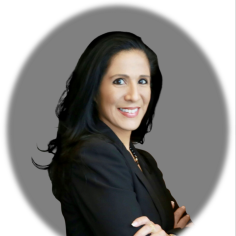